Pasto, Colombia - Named After The Barbacoan People Of Carchi Ecuador

I enjoyed walking around the center of Pasto.

There are many churches in the center of Pasto.

Typewriters for hire on the street in Pasto. 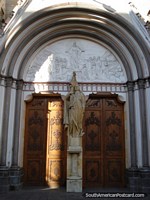 I have passed through Pasto a few times. On the first time I arrived from the south through amazing terrain from the border with Ecuador. Pasto is actually named after the Barbacoan people across the border in northern Ecuador!

Hotels Near the Bus Terminal

Outside Pasto's bus terminal I could see quite a few hotels over towards the right - a few minutes walk away. I decided to go check them out. Most of these hotels were cheap, ranging from $12000-$20000 pesos ($7USD-$11USD). I went for the cheapest option and it all seemed ok, until later that night.

That afternoon I went walking around the city. From the bus terminal the center of town is straight ahead and towards the right slightly. Having been in Ecuador before I came here, it was very apparant I was in a different culture now. It was very exciting and very Colombian, completely different. The senior men dress in the finest suits. The women nearly all look like models, in fact better than models because they have natural beauty and of course there are the paramilitaries with some scary looking weapons on them.

I saw some wonderful architecture, churches, cathedrals and statues and ate some nice food for a change. I was so over rice and chicken based dishes after Ecuador. There is a huge plaza in Pasto that is unlike any other I have seen, in fact it's a park called Parque del Carnaval. It is an interesting shape, not the standard square with statue in the middle. It has a big archway at one end but it is not the main plaza. Obviously by its name it is used for the carnival and possibly concerts and political rallies.

Plaza Narino and the Cathedral

As I walked more towards the center I did come to the main Plaza Narino with a statue of General Antonio Narino in the middle, he was an early political and military leader for independence in Colombia. The plaza was full of people sitting on benches and walking around. There are a couple of trees with each surrounded by shoeshine men dressed in blue underneath blue umbrellas. A large crowd was gathered around a busker dressed in a smart suit with bowtie who was singing and playing a classical guitar, his name was Marcelo Belardinelli, he is from Argentina. The plaza is surrounded by some interesting buildings and streets including the huge cathedral with amazing statues at the top and fine engraved designs on the arched doors. It has arched and round windows and twin bell towers, a must see! In this area I came across a statue of Gobernador de Narino Eduardo Zuniga Erazo and also a row of typists with typewriters for hire in the street sitting at desks under umbrellas and also some interesting street art.

Pasto has some awesome churches. Some that I saw include La Merced, San Juan Bautista and Cristo Rey Temple. While walking back to my hotel I came across a statue of Atahualpa who was the last free-reigning emperor of the Incas, he lived in the early 1500's.

Pasto is set in a beautiful valley and has lovely green hills surrounding it, the city is quite clean and has a sense of authenticity about it - the people, the food and the historic center. I well recommend spending a day having a look around.

My choice of hotel now came to haunt me. That night I went to sleep but not for long. At around 1am the place turned into a circus with couples streaming into the joint to rent rooms for an hour. The noise woke me up as they entered the front door drunk or talking loudly. It was then I realised I was staying in a rent by the hour hotel and that the sheets I was sleeping on were not at all clean. I yelled down the hallway a couple of times for them to be quiet but to no avail. About an hour later I decided enough was enough, packed up my backpack, demanded my money back to the night watchman but also to no avail. I left at about 2:30am and walked the 5 minutes to the Pasto bus terminal and got a bus north to Popayan at 3:30am. At the terminal I ate some food and chatted to a couple of policeman who were walking around randomly checking people who might be carrying contraband.

During the journey I dozed off while clinging to my small backpack with my valuables inside for dear life. The journey was supposed to take 6hrs but only took about 4 and a half due to the way Colombian bus drivers drive and overtake at any opportunity. I had read about not doing this journey at night because of bandits and robberies. I asked at Pasto's bus terminal about this and was told it was safer now, there were more police on the road between Pasto and Popayan, so I chanced it and it was fine.


View all photos in the Pasto Photoset

Hotel Hilton, Pasto, Colombia (June 2010 - Half a night) - Just because a hotel is called Hilton does not mean quality. In fact this is the worst place I have ever stayed, the sheets were not clean and they smelled and they run it as a rent by the hour hotel. Do not stay here ever.
Colombia Travel Blog | Photos of Colombia | Festivals in Colombia | South America Videos 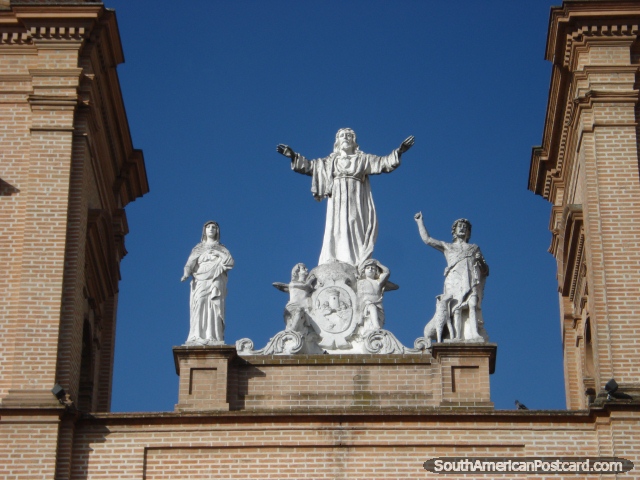