Lago de la Republica in Ciudad del Este, the lake in the city.

Blankets and clothing arrive at the street stalls on trolleys in Ciudad del Este.

Shops, shoppers and shopping is the name of the game in Ciudad del Este.

2016 Nothing had changed in the 7yrs between my first and second visits to Ciudad del Este, it's still all about shoppers shopping in shops, black market this, black market that! It's the sort of place you may well be tempted to leave soon after arriving if shopping aint your thing. I arrived in Ciudad del Este this time from the west. I had spent the previous night in Villarrica, travelled 40mins north to Coronel Oviedo and had taken another bus for 3hrs to get here. A taxi brought me to a well-priced and comfortable central hotel.

I was interested this time in seeing what I could discover around the city that wasn't shopping related! I headed in the direction of San Blas Cathedral which the sign outside says was built in 1966. It's made of stone and built in the form of a ship with round portholes. On the inside of these portholes are beautiful and exotic stained glass windows with bright colors. It was worth a quick look.

Next, using my offline GPS map on my smartphone I could see a large patch of green a few blocks away. I headed in that direction and discovered Parque Chino (China Park). This is a nice space indeed and was completely empty, it's well maintained and kept clean. It was very relaxing compared to the hustle, the bustle, the hardsell, the hecticness and the crowdedness of the main city streets.

From Parque Chino it is just a short walk to the lake - Lago de la Republica and the surrounding park. It's OK for a quick look but definitely not a place you would want to be walking around after dark!

I now found myself back at the main walkway in the middle of the road that leads up then down to all the shopping malls and craziness, it's called Paseo Monseñor Rodriguez. At this end of the walkway are many clothes stalls, mainly womens items. As you get over the ridge and start heading down you will see people carrying boxes large and small upon their shoulders, it's a circus of shopping and activity, sensory overload. Paseo Monseñor Rodriguez does have some fantastic sculptured murals, high quality artworks depicting historical battles, indigenous figures and democratic ties.

Foz de Iguacu in the Distance

As you walk around the sidestreets off of Paseo Monseñor Rodriguez, amongst the madness you get glimpses of Foz do Iguacu, the city across the border in Brazil. This is where I was going, to see Iguacu Falls for the 3rd time. But my 1st time on the Brazilian side! I was ready to get there and get out of Ciudad del Este, it takes about 30mins to cross this border.

2009 I arrived in Ciudad del Este from Puerto Iguazu in Argentina. I had to pay $50USD for a visa and was given 5 days to be here. Not a long time, but long enough to have a look around some of the country. The aim of my travel in Paraguay was to head west across to Asuncion via a detour south to see the national park in Ybycui. After going through the Paraguayan immigration control you are hit by a busy shopping mall bonanza with lots of billboards advertising products and a very busy road with cars, taxis and many motorbikes. It's not easy to cross. I arrived at the end of the day and took a taxi to find a hotel near the center. I found a very European place to stay and it had some nice views of Ciudad del Este from the 3rd floor balcony in the morning. The main feature being that there were a lot of trees for as far as the eye could see. I wanted to go for a walk and have a look around the city center. The hotel manager told me to keep my eyes open and valuables hidden. It was a short 5 minute walk down the road, a turn right and then I came to the markets and a busy pedestrian and shopping area. It was Saturday morning so there were taxis and motorbikes everywhere and much street activity. People were carrying bags and boxes of all shapes and sizes, it was a very colorful scene. It's a real shoppers paradise - electronic goods, toys, soccer balls and t-shirts, clothing, perfume, watches, suitcases and packs, hardware, sports equipment and guns. There were quite a few police and security guards in the area. 3 men came up to me at separate times and gave me a card for a stereo or camera shop then offered me something white, for which I said 'no gracias' (salt or sugar masquerading as coke). After getting back to the hotel I got a taxi to the bus terminal and bought a ticket west to La Colmena, which as far as I could tell was somewhere on the way to Ybycui.


View all photos in the Ciudad del Este Photoset

Caribeno Hotel, Ciudad del Este, Paraguay (April 2016 - 2 nights) - Really comfortable room at a cost of $21USD per night. A great breakfast is included each morning. Friendly staff and a good location near the city's shopping district. A good alternative to other more expensive hotels nearby. Rooms with tv, wifi, private bathroom, aircon and a good bed. Recommended!

Hotel Austria, Ciudad del Este, Paraguay (May 2009 - 1 night) - Good room and nice bathroom on the 3rd floor, restaurant downstairs, fantastic complimentary breakfast, nice views over the city. It has an extremely European feel to it for obvious reasons. The reception told us to keep our eyes open when walking in the area outside, so we did.
Paraguay Travel Blog | Photos of Paraguay | Festivals in Paraguay | South America Videos 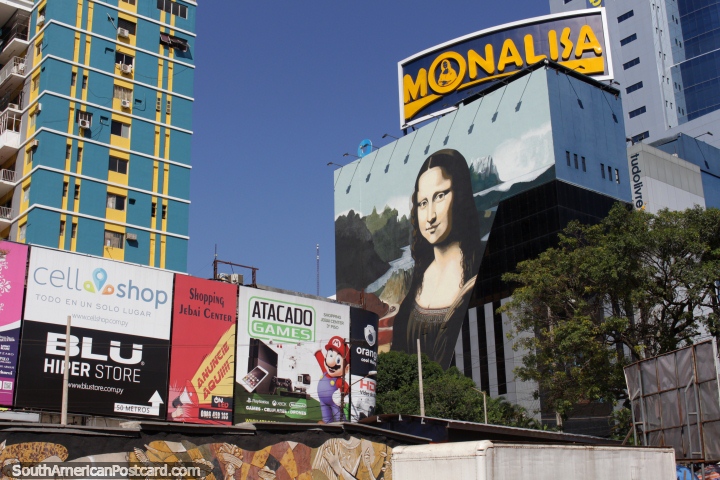