Oviedo to Villarrica, Paraguay - 40mins By Bus In Cowboy Country

Cows graze happily and have a lot of space in the Paraguayan countryside north of Villarrica.

A pair of white cows share a large paddock of beautiful grass, north of Villarrica.

A beautiful farm with a great entrance and lots of land, south of Oviedo.

One of the highlights of Paraguay for me is always the bus journeys around the countryside from place to place. Once you get off highways 2 and 7 which connect Asuncion and Ciudad del Este, it's beautiful! You learn very quickly during one of these rides that Paraguay is very much a country of greenness, trees (wood products) and cattle (meat). Afterall, Paraguay does have some of the tastiest meat in South America!

This journey is a short one, only 40mins from Coronel Oviedo to Villarrica and back again the next day. Oviedo as the locals call it, is a principal junction with main roads leading in all directions from there. I came to Oviedo from Caacupe, 1hr west and wanted to head south to Villarrica for the night. Good, there was a bus leaving almost immediately and it wasn't long before we were in the middle of cowboy country!

Land must be super cheap in Paraguay, most of the houses and ranches you see along the way have no close neighbours and have green lawns and land surrounding them in abundance. Wide open spaces dotted with cattle, horses, water towers, dirt roads and hundreds of palm trees. We crossed the bridge over the Tebicuary River before passing through the small town of Mbocayaty where there is a nice white church beside the plaza just a short while before arriving in Villarrica.

Photos of the Countryside

The journey is best described with the photos I took while on the bus traveling there and back. Making photos from buses that have windows that open is one of my favorite things to do while backpacking around South America!


View all photos in the Oviedo to Villarrica Photoset 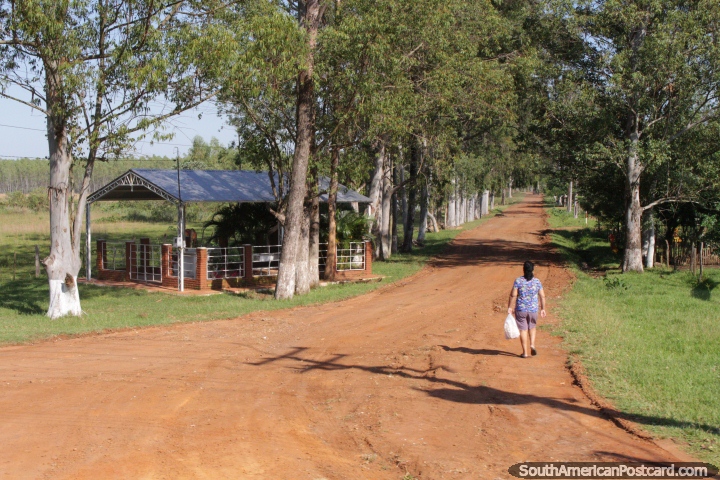