Horse and cart sits outside a wood shop in Villarrica, Maderas J.D.

Woman walks along a nice street with a pot-plant in Villarrica.

Stone columns around the large wooden door at the front of Iglesia Ybaroty in Villarrica.
Map location: Villarrica, Paraguay

Villarrica is one of the many small towns in the interior of beautiful Paraguay. It was originally founded because gold was believed to exist in the area but when none was found the city was moved. In fact Villarrica was moved 7 times between its foundation in 1570 and where it is now (1682). I came to Villarrica from Caacupe connecting (changing buses) in Coronel Oviedo 40mins north of Villarrica, it takes 1hr to get from Caacupe to Coronel Oviedo. Paraguay is a country where once you get out of the big cities like Asuncion, Ciudad del Este, Encarnacion etc. you are left with a bunch of small towns and places which mostly have just a few things to see. Add a few of these small towns and places together and you see a lot, that's my theory!

Plaza Libertad is the main square and has the Freedom Statue (a woman holding a torch) in the center (Estatua de la Libertad). On one side of the plaza is the cathedral and there are a few historic buildings on the other side including government buildings and the social club (Club El Porvenir Guaireño). Nearby is another important plaza in Villarrica - Plaza de los Heroes. This is where the main government palace is - Municipalidad de Villarrica, it's very prestigious indeed.

The Stone Church Iglesia Ybaroty is the Highlight

However, probably the most important and special attraction in Villarrica is the spectacular large stone church - Iglesia Ybaroty (1944), inspired by the architecture of medieval Europe, combining both Romanesque and Gothic styles. The church took around 5yrs to build and really is a true work of art, things like this are not made twice, know what I mean? It reminded me very much of the stone church in San Rafael - Venezuela, but on a much larger scale!

Now the rain came down so unfortunately I didn't get to see Manuel Ortiz Guerrero Park (Ycua Pyta) - there is a lagoon there and Capybara (the worlds largest rodent) roam around freely, it's a popular place with the locals. Villarrica also has a museum housing all kinds of items from the Chaco War as well as many antique collections and historic artifacts.

I enjoyed my short stay in Villarrica and look forward to exploring this part of the country again in the future. From Villarrica I headed north 40mins back to Coronel Oviedo and again loved seeing the countryside like I had on the way down. From Oviedo (as the locals call it) I headed east to Ciudad del Este by bus (3hrs).


View all photos in the Villarrica Photoset

Hotel Guaira, Villarrica, Paraguay (April 2016 - 1 night) - Good value at $16USD per night. Not flash but not bad either. Comfortable room with aircon, tv and wifi plus a private bathroom. Located near the main plaza and shops. A good place to stay in Villarrica.
Paraguay Travel Blog | Photos of Paraguay | Festivals in Paraguay | South America Videos 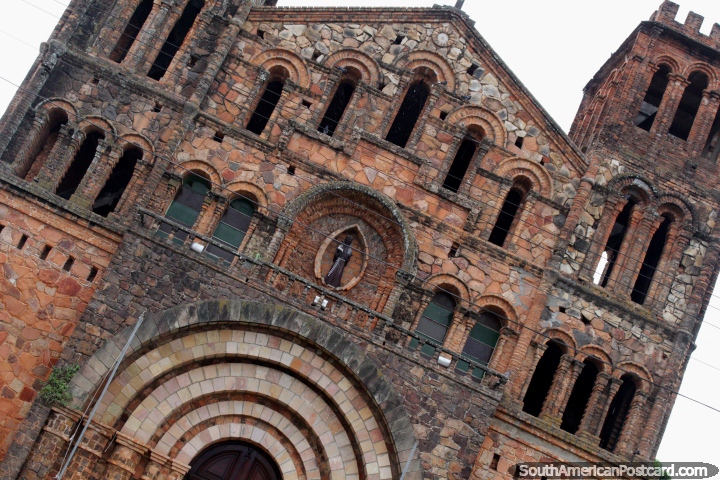