Ciudad Bolivar, Venezuela - The Top 5 Things To Do and See

A row of colorful houses in the center of Ciudad Bolivar. 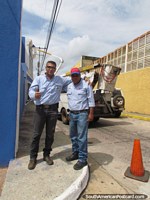 Mural of a sunset with the bridge in Ciudad Bolivar with another of a man. 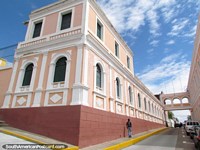 An overnight bus from Maracay brought me to Ciudad Bolivar, a 10hr journey arriving at 8am. I took a taxi from the bus terminal to a posada (hostel) in the historical center.

I came to Ciudad Bolivar to organise a tour to Angel Falls. There are many tour offices around the historical center and prices vary so shop around. Read about the tour!

The historical center of Ciudad Bolivar is located around Plaza Bolivar on top of a small hill, it's quite a small area. The plaza and cathedral are attractive and there are a few government buildings around it like the Palace and the House of Congress. Up the road a little is the Legislative Palace and Plaza Miranda named after Francisco de Miranda (1750-1816) - a Venezuelan revolutionary. Some of the streets around here have some colorful houses but I wasn't really 'blown away' by this historical center like I have been many times before in other places.

3. Views of the River

I headed down the hill to the Orinoco River where there are some nice views. There is a beach and you can see the bridge in the distance. As I admired the views of the river I looked down to the river bank and noticed a handgun sitting on the ground next to pieces of rubbish. I thought 'hmmm that's different'. Along the street beside the river (Paseo Orinoco) there is a whole bunch of old and tattered murals that are in desperate need of a repaint. I continued walking in that direction a little but turned around because it was not that safe to continue.

I made my way back towards Plaza Bolivar up the staircase built upon a huge rock and visited Museo Piar that contains some history of General Manuel Piar (1774-1817) - the room that was used as his prison and church for 2 weeks before his execution. Another building I visited had a courtyard, gardens and fountain and had been residence to Simon Bolivar in 1817.

I took a walk down the hill to the botanical gardens Jardin Botanico del Orinoco. This is a well kept clean and big park indeed - gardens, flowers, many trees, big open spaces and a tribute to Uruguayan national hero General Jose Artigas (1764-1850). That was just in the north / west corner of the park. Much of the park was closed on this day. In the south / west corner of the botanical gardens is South America's biggest statue of Simon Bolivar - I got to see it a few days later after returning from Angel Falls.

I left Ciudad Bolivar and headed north to Puerto La Cruz in a shared taxi from the bus terminal, it took 3hrs 30mins at a speed of 150kms. I then took a bus east 1hr to Santa Fe and another 20mins more to Mochima for the night.


View all photos in the Ciudad Bolivar Photoset

Posada Don Carlos, Ciudad Bolivar, Venezuela (April/May 2013 - 3 nights) - This is an awesome place to stay right in the center of the historical area. There's lots of space - upstairs and down, a fully equipped kitchen and hammocks. There's lots of friendly dogs and cats around the place too. Helpful staff. Recommended.
Venezuela Travel Blog | Photos of Venezuela | Festivals in Venezuela | South America Videos 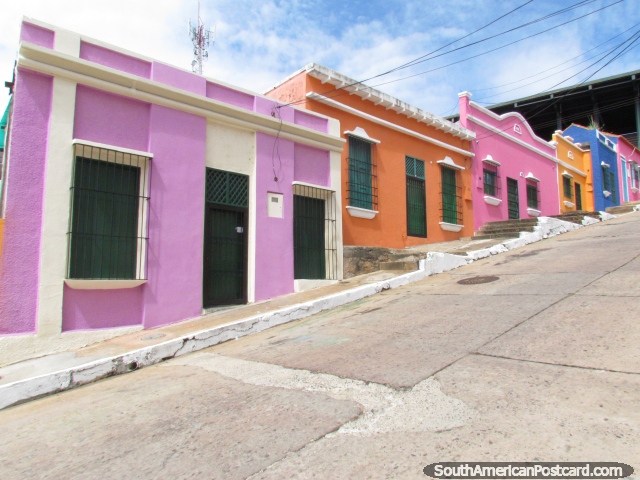