Florianopolis, Brazil - An Island Of 42 Beaches & Many Things To Do 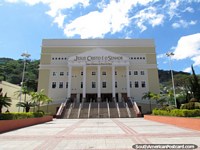 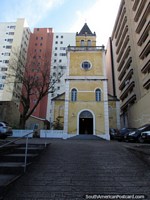 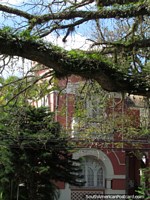 Florianopolis has much history and much interesting architecture to see. 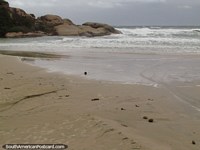 I could not have been more fortunate as I travelled by bus 6hrs and 15mins from Porto Alegre up to Florianopolis! During the 30min dinner break, while outside having a smoke I got to talking with a young man in his 20's who was from Florianopolis but lived in Porto Alegre. The usual questions like 'where are you from etc'. Anyway, to cut a longer story shorter, he invited me to come and stay with his family in their apartment. He phoned his mum and she said all the hostels were full because of a conference in town and said it was OK for me to stay for a couple of nights. Wow, my own room, plus food, a hot shower plus my friend said he would drive me around the island the next day, it must be a dream, but no, it's real!

Florianopolis is known as the Island of Santa Catarina and has 42 beaches, it is seperated from the mainland by bridges. It was September and definitely not peak season, I didn't see any bikinis on the beaches nor did I sip cocktails by the sea in the evening. However I did see much of the island thanks to my friend, a lot more than I would have otherwise. Florianopolis has everything, beaches, adventure, history, you name it, a place I can easily recommend. Next time I visit Florianopolis will be at a more bikini time of year!

The weather on my first day here was not the best but my friend and I set out by car and on foot despite that. Starting off in the center of town around the main historical area - pink and yellow historical buildings, trees with red leaves, statue of military man Fernando Machado. All around Praca XV de Novembro (Plaza 15th of November) is a nice area. This plaza has a huge tree (Velha Figueira) that was planted in February of 1891, a special tree that has provided shade in the park for many generations of locals. Across the road is the pink (yellow in the past) Palace Cruz and Sousa, the remains of poet Joao da Cruz e Souza are kept here. The museum Museu Historico de Santa Catarina is also located here. From this area the 'Stairs of Rosario' lead up to a small church at the top - Igreja de Nossa Senhora do Rosario e Sao Benedito, it was restored for the 269th aniversary of the city in March 1995. The dual towered cathedral Catedral Metropolitana which took 25yrs to build starting in 1748 is also located nearby. I now came to plaza Praca Pereira Oliveira where there is a monument to Governor Vidal Ramos, theatre Teatro Alvaro de Carvalho, the Institute of Geography and History and church Sao Francisco de Assis (1745).

Time now to hit the road by car, my friend took me across the island to Santo Antonio de Lisboa, about a 20min drive. Distances from town center to other places on the island - Joaquina 20kms, Praia Mole 20kms, Barra da Lagoa 25kms, Jurere 25km, Canasvieiras 30kms, Ingleses 35kms. Santo Antonio is a special neighborhood according to my friend, strong in Azorian culture. It indeed is a nice place to visit and was quite quiet on this day. There's nice historical houses, nice plazas like Praca Roldao da Rocha Pires, a yellow and white church Igreja Nossa Senhora das Necessidades, bars and restaurants, arts and crafts - it's all right there beside the sea. The first people came there in 1698 but was not fully inhabited until 1748.

It was a quick visit and we were soon off driving around a few bays and beaches like Sambaqui on our way up to the mirador lookout point. There's great views of the lagoon indeed, shame about the weather. A monument to journalist Manoel de Menezes (b. 1924) also enjoys the view. Heading now to another lookout point where below I could see the rich peoples houses, some with their own jetty down on the waters edge. Next stop on this fantastic island tour was beach Praia da Joaquina, a long, white sandy beach that was deserted on this day. I would love to come back and see this place in action sometime! A short stop now to photograph some graffiti art. Wall murals always catch my attention! Last stop before days end was beach Praia Campeche, again a beautiful white but deserted beach. The beach entrance has a sculpture and poem called Escultura E Poema O Pescador (poem of the fisherman).

Walking Around the City

After a nights rest, great food and goodbyes to my friends as they were flying to another city that morning, I was on my own for my last day in Florianopolis. The weather this time was much better, fine and sunny. After taking some pictures of the local beach below the apartment with its huge boulders in the water and some graffiti art nearby, I made my way to the bus terminal to store my backpack. The bus terminal (Terminal Rodoviario) is in the center of town near to where the bridge connects to the island. A pedestrian bridge takes you from there across the main road to the historical center of town. Today I just wanted to walk around the city and see all the things I hadn't seen the day before. To wander around the streets and see whatever I saw. From the pedestrian bridge you can see the famous Hercilio Luz Bridge. This was the first bridge connecting the island to the mainland but is now closed to traffic. I found some cool graffiti art and murals and interesting historical buildings with bright colors on the streets around church Igreja Nossa Senhora do Parto (inaugurated in 1861). Another church I saw was Paroquia Santo Antonio and several other historical buildings as I walked along the street.

Accident With My Arm

It was here that I hurt my arm in an electric gate. I had my arm through the bars taking a photo of something when the security guards opened it without any warning. I had a few words with them afterwards because I was quite pissed off then carried on with my day not knowing that by that night I would be in agony. In Porto Alegre the next day my arm was put into a cast at hospital!

I made my way to the nice area near the water around plaza Praca Esteves Junior where there are a couple of large black cannon pointing out to sea. The beach is beautiful and has a walkway all the way around behind it. There are a few monuments including the triple sided one of Feliciano Nunes Pires (1785-1840), province president and lawyer. There are apartments lining the opposite side of the road. I came to plaza Praca Lauro Muller (1863-1926), an engineer and politician, then had a food break before passing by a huge church Igreja Universal do Reino de Deus which has 5 tall columns at the front.

Back Towards the Center

I walked in the direction of plaza Praca Getulio Vargas and saw many old historic houses with nice trees around them. This plaza is more like a park with a huge fountain in the middle. There's monuments to Anita Garibaldi (1821-1849) - a revolutionary, Carl Hoepcke (1844-1924) - industry and ex-president Getulio Vargas (1882-1954). Passing many historic buildings as I walked back in the rough direction of the bus terminal and the huge yellow building up on the hill - the Imperial Hospital de Caridade, quite impressive.

I had bought a bus ticket in the morning for an early afternoon exit back to Porto Alegre, again exactly 6hrs and 15mins.


View all photos in the Florianopolis Photoset 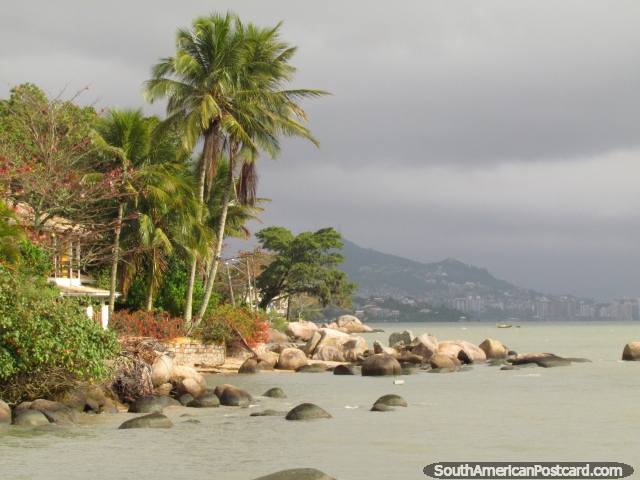