Filadelfia, Paraguay - Where Is Filadelfia? 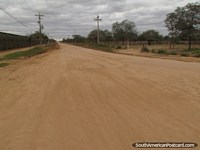 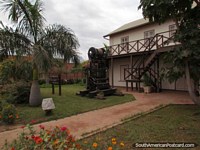 Jakob Unger Museum with old machine outside in Filadelfia. 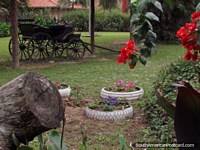 An old horse carriage and flower gardens at the park in Filadelfia. 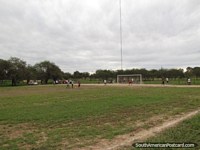 There is nothing to see or do in Filadelfia. Unless you are a Mennonite, want to be a Mennonite or have friends who are Mennonites, there is no reason to come here. It's a ghost town, it has no center, it is an empty place with no attractions. After I read the Lonely Planet it sounded like a destination I should visit, but in reality it is about the loneliest place on the planet.

Filadelfia is off the beaten track and is located in northern Paraguay in the middle of the Gran Chaco. The reason it is so off the beaten track is because that is what the people who live here want - they don't want people coming here. The local Paraguayans are friendly but the Mennonites are not really.

After arriving in the early afternoon from Asuncion which took 8 and a half hours by bus - I found a bed for the night which wasn't exactly priced for backpackers, what choice did I have, none. The supermarket was not open because it was Sunday so that night I had to eat at an expensive restaurant. During the afternoon I walked around the endless ugly blocks and dirt roads trying to find something worth seeing. I didn't have any luck finding anything. There are a couple of extremely ugly monuments, just concrete things with no life or soul. I saw a church called Parroquia San Eugenio de Mazenod-Filadelfia, it's nothing special to look at and sits in the middle of a dirt carpark. The local Paraguayans were playing soccer on a field next to it. I walked for a long time to find another church called M.B.G. Filadelfia. It was slightly more attractive but hardly worth the bother to find. I came to a park called Parque de la Memoria, it has some flower gardens, some nice trees and an old horse pulled carriage sitting in the middle. This was about the nicest place I saw in Filadelfia but the time at the park was ruined because a Mennonite woman was looking after the place and watching my girlfriend and I like a hawk to make sure we didn't touch, do or steal anything. When we tried to step off the path to take a photo of some flowers, she quickly said that we couldn't do that. We felt quite unwelcome by then and left rapidly. Near to the park is a museum called Koloniehaus - Museo de la Colonia Heimatmuseum or just Jakob Unger Museum, it was closed and I wasn't that interested anyway. Apparently it is full of stuffed animals.

Next morning I left town to go to Concepcion, there is 1 bus daily that leaves at around 11am. It takes 7hrs via Pozo Colorado. Check out the photos I took while in Filadelfia and see for yourself how uninspiring it really is. I love Paraguay but sorry, Filadelfia was the worst destination decision of all my South American travels so far.


View all photos in the Filadelfia Photoset

Hotel Golondrina, Filadelfia, Paraguay (June 2012 - 1 night) - Overpriced shoebox of a room with no bathroom. Located near the supermarket and a restaurant. There's not much else around, which pretty much sums up Filadelfia.
Paraguay Travel Blog | Photos of Paraguay | Festivals in Paraguay | South America Videos 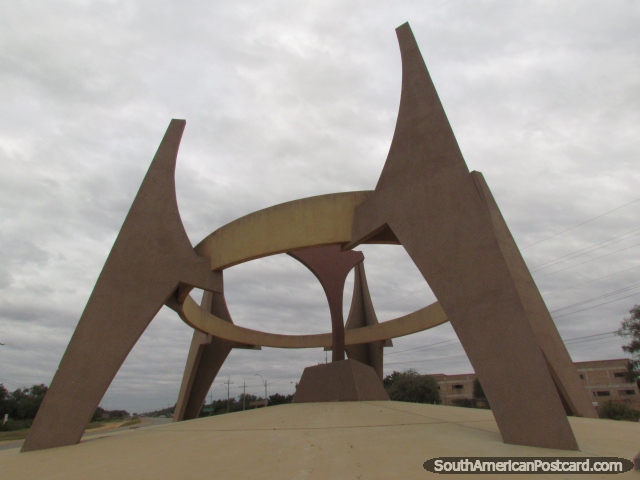