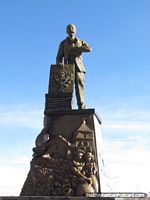 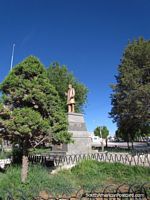 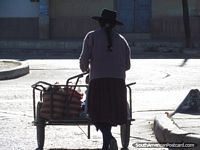 Woman pushes her kids in a trolley on the street in La Quiaca. 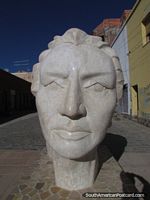 La Quiaca is the border town in Argentinas far north at Bolivias border and town Villazon. I have passed through La Quiaca twice now, once in each direction. La Quiaca is 7hrs north from Salta and 4hrs 30mins (289kms) north of Jujuy by bus. Passport control is simple and the border crossing quite straightforward in either direction. As usual there is a bridge to cross over between countries. The altitude is 3442m above sea level so it gets quite cold at night. To the southern most city in Argentina, Ushuaia, it is a distance of 5121km. Buenos Aires is 1967kms, Cordoba 1127kms, Tucuman 600kms, Salta 387kms, Humahuaca 166kms, Abra Pampa is 78kms and Pumahuasi 27kms.

La Quiaca has a festival each year at around the end of February, the city website has details of the dates. I believe there are a few things to do in and around La Quiaca for sightseeing and fun like horseriding and walking. I basically just walked from the border to the bus terminal taking photos of a few monuments along the way. One monument to the army, another to all the mothers. I saw a monument to La Quiacas founder Jose Eugenio Tello (1849-1924), a politician who founded La Quiaca in 1907. The monument was donated by Senor Arturo Cadena Teran and his family in 2007 as a sign of gratitude and recognition from the city of La Quiaca on the anniversary of its first century. A gold monument standing in a park of a man holding a book is Domingo Faustino Sarmiento (1811-1888), he was the 7th President of Argentina. He was an admirer of the Arabs and this monument is a tribute of admiration and gratitude from the Arab-speaking community. In central La Quiaca I walked along Belgrano pedestrian walkway on my way to the bus terminal where there are at each end huge sculptures of heads. They stand in recognition to the men of faith who fought for the official creation of the town of La Quiaca. So there's a little history about La Quiaca.

From La Quiaca on my first visit in 2008 I headed to Villazon to get a bus to Tupiza. When I came through the 2nd time in late 2011 I headed south to Jujuy.


View all photos in the La Quiaca Border Crossing Photoset 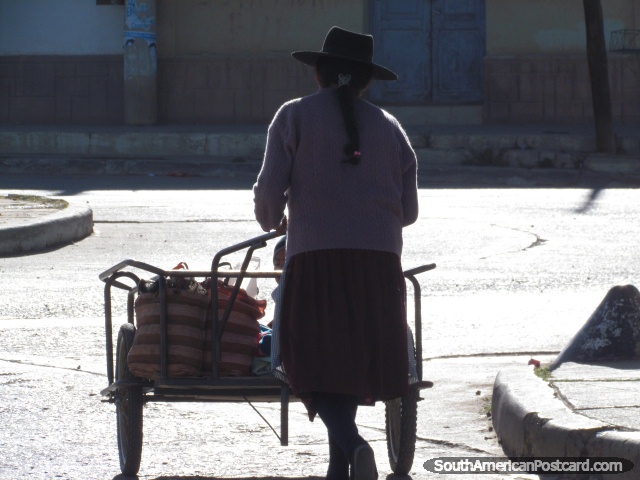